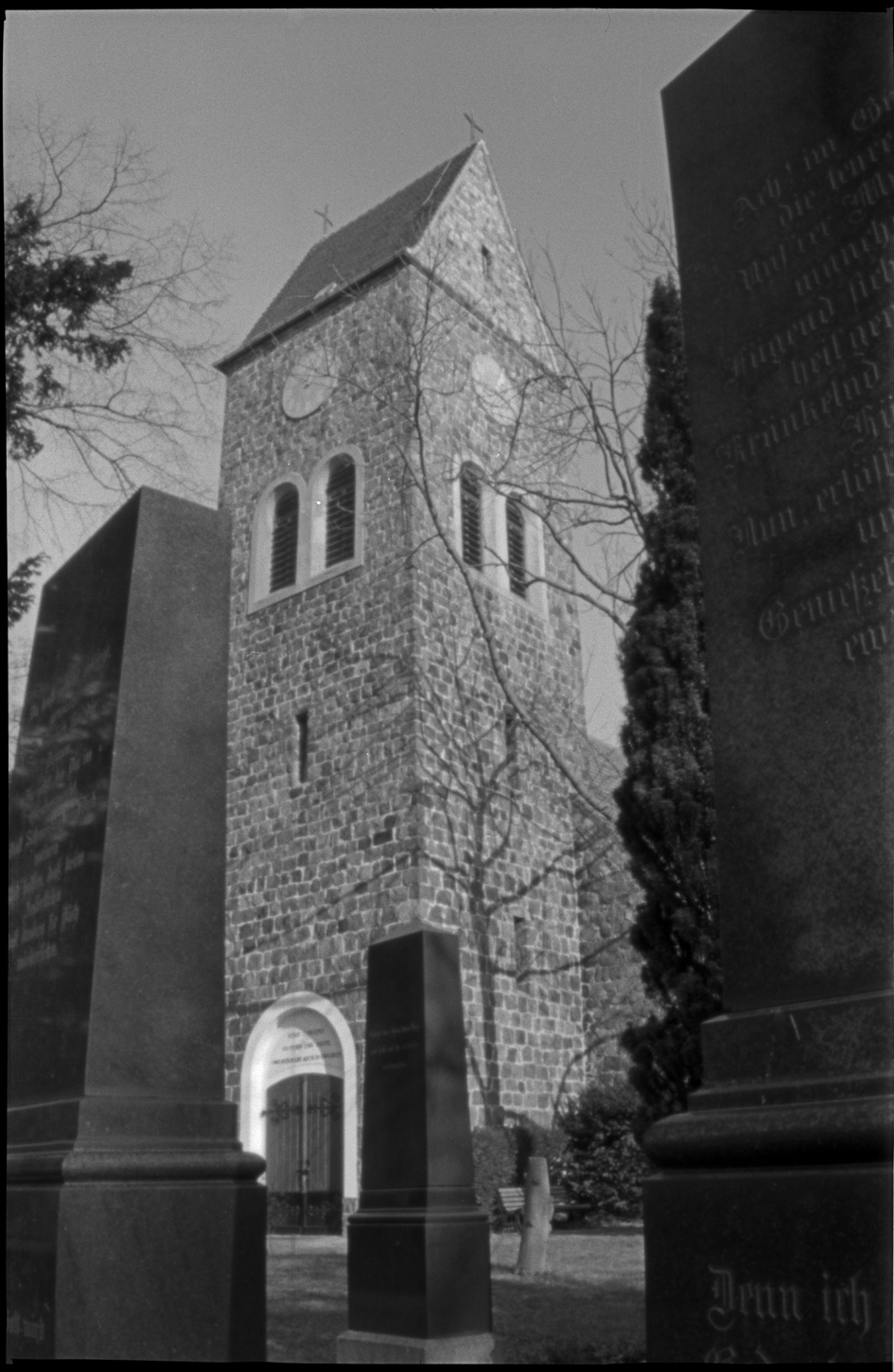 I was always fascinated by pinhole photographs. The idea of forcing the light through a tiny hole into a black box and, thereby, producing a real image has something magic to it – despite the simple physics explaining the effect. Especially those images showing long time intervals like e.g. the eclipse of the sun over weeks to months have an “out-of-this-world” touch. Usually, the cameras used to shoot – or better: collect – these images are simple self-made devices upcycled from metal cans, cardboard boxes or left-over pieces of wood. The light sensitive material used in these cameras is usually photographic paper. It’s cheap in large format and easy to work with.

What all pinhole images have in common, irrespectively of whether photographic paper or film is used to capture the light, is an ethereal appearance due to their softness. No sharp edges. Instead a slight blur, sometimes a vignette reminiscent of a painting in grey tones (if you shoot b/w) or an old postcard photograph from a hundred years ago. Especially in overcast weather conditions, when the average photographer thinks that there is no light at all, the pinhole image with its long exposure is perfectly able to transport the mood of the situation. So, there is an emotional component added to the image by its very imperfection, caused by the simple construction of the camera.

And there is another effect. Because pinhole cameras do not contain any optical lenses, depth of field is not an issue. Images shot with a pinhole are in focus over the entire range of the scene, from the nearest to the most distant object in the image. This kind of counterbalances the softness of the images and provokes a slight irritation in the viewer, who has to spend a little longer to understand what’s going on. Whatever the composition, this odd combination of “in focus softness” alone draws your eye into the image and this is what fascinates me most with pinhole photographs.

In order to get myself a pinhole camera I went the easy way and modified an old box camera from the 1960s, an Agfa Clack, following one of the numerous self-help videos on Youtube. The Clack was a 9×6 medium format bestseller some 50 years ago and plenty of them are still available second hand for very little money. It’s easy to remove the 90mm meniscus lens and the shutter mechanics. I used the bottom of a tea candle’s Aluminum container to produce the pinhole. After bulging its centre with the tip of a ball pen, I used superfine-grained sand paper to grind the metal to the thinnest possible dimension. With a sewing needle I pierced a hole of about 0.3 mm in diameter into the metal. The ideal size of the hole depends on the distance between the hole and the film plane which in a lens-less camera equals the focal distance. In case of the Agfa Clack this is about 70mm. When re-assembling the camera the pinhole can be fixed between a plastic cone inside the camera construction and the plate holding the shutter. Since the Clack also has a thread to fix a cable release, one simply has to switch the shutter to “bulb”, mount the Clack on a tripod and is able to perform long exposures without camera shake. 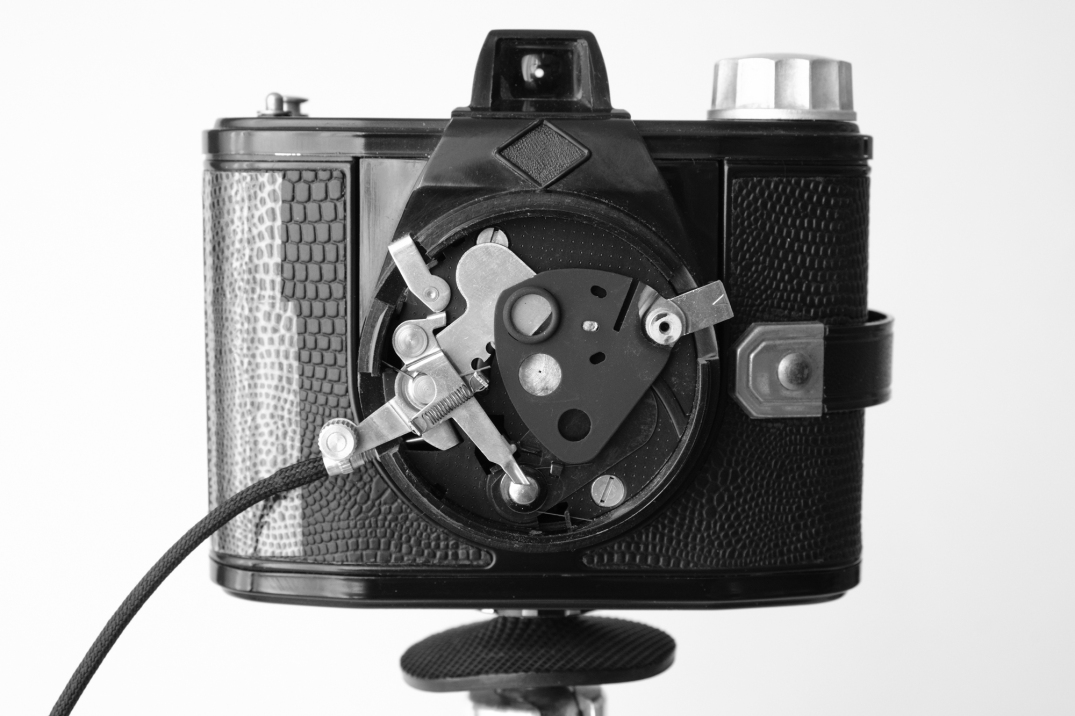 The Agfa Clack with the lens removed. Note the aluminum pinhole in  the centre of the original aperture for cloudy conditions. With its view finder on top it’s kind of a poor folk’s version of a Hasselblad SWC (just kidding!).

From the very first role of film I shot with my converted box camera it was pure fun. Almost like using a point and shoot, though on a tripod. I calculated average exposure times for three different weather conditions (sunny, overcast and heavy clouds) for Kodak TriX 400, glued them on the back of the camera (hence the shiny sticky tape on its left side on the photo!), and just started shooting. So far, exposure was always spot on. No measuring. No distractions. Only composition. The rest is on full auto…with curious spectators always guaranteed. Like moths attracted to a light bulb people immediately realize that something is at odds when you’re using an old style camera in public and approach you.  And the first sentence you always hear is: “Shooting film…aha…I thought film is not available anymore!”  I couldn’t be happier that it still is.

All material, photographs and text, shown on lightngrain.com are property and © of Carsten Lüter and may not be used in any context without prior permission.